So I will not start from the beginning, why should I, after all, I will start from the point writing this blog post, became urgent. And that wasn’t until I got inspired.
So you know how much I love Camden Town, right? I suppose in many ways it’s the alternativeness I have come to love for decades, even if it is being polished gradually, the edginess is still here.
So what’s up Seattle?
Up University Way and I got blown away. Now this is a quiet Camden, clothes’ exchanges galore, vintage shops with vintage clothes you can actually wear i.e. check out Red Light Vintage http://www.redlightvintage.com/, Korean food that smells beyond tasting good, unintrusive cafes like Cafe Solstice https://www.cafesolsticeseattle.com/ and a second-hand multi-lingo book shop check out Magus Books https://www.magusbooksseattle.com/, all packed on and off a high street where people don’t need to prove they are cool – they kind of are and don’t know it. I loved the dress down punk 90s understated fashion on the street.
Elaborative discussions on how the homeless are better looked after in Seattle than in Portland are complimentary. 90’s vibes. A time before all that uber-conservative shit in politics took off. Where Blur and Bjork are cool to mix with all sorts and cafes don’t mind shitloads of unpretentious laptops.
Now rewind a few days.
The airport; you land in Seattle, you be sure to listen to grunge and rock on the airport speakers. Telling what the city is made off. Even the light rail is called ‘sound’.
Then off to Highline, you could call it a disgruntled neighborhood on the margins, one that will certainly change, because the people may be poorer than average, but have tolerance and are friendly. For Londoners, think of Hackney before the money moved in. In Highline, money is not here yet but I think it won’t show in the same ugly British ways, because the money in the US goes to more affluent areas, whereas money into poorer areas in Seattle means it came from poorer people yet. So you get the picture.
Next off; Gasworks Park, or rewind a few blocks up the hill behind down Sunnyside Avenue North. Probably one of the most beautiful areas in Seattle. Streets manicured pretty green and friendly unpretentious, just the houses are bigger on well thought designed picturesque bliss, but no grandeur here either please, just simply gorgeous. So back down the hill to the Gasworks park and by the Lake Union waterfront – oh my days. My waterways days chucked into the bin, deep deep into the trash bin. The chaos of sup paddleboarding, rowing, kayaking, commercial traffic, houseboats, sailing boats, and water airplanes all using the same water was like watching carnival for the first time. All it felt like, was kind of Greek chaos, only with the confidence. It was fun to watch – put a big smile on my face and gave me another good reason to add to the reasons why I am in this part of the world: it doesn’t make much sense, but it works fine.
A little later, into Fremont, oh my days you have to go, it is so cool and pretty, like an understated really green lightly academic bohemian neighborhood that reminds me of somewhere I would have loved to go before.
So yeah, go Pike Street Market, Alki Beach, the Space Needle (if you must), Westlake Shopping, check out the Fremont Troll and the gum wall (I didn’t – couldn’t bear the thought), look out the wheel from the seafront and maybe jump on the ferry to Bremerton for more really cool views. Pop in at the University of Washington grounds – huge trees bigger spaces to feel academically inspired ;-p and if you are a Harry Potter fan the Library Suzzalo and Allen Libraries is the kind of grandeur that Oxbridge would love to have (I thought my School of Oriental and African Studies university library was big haha). Out of the library look out to the incredible view of the snow-capped Mount Rainier. Whatever you do though, if you are my sort of gang, go up University Way, go down Sunnyside Avenue. 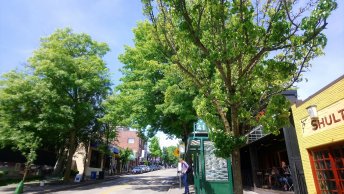 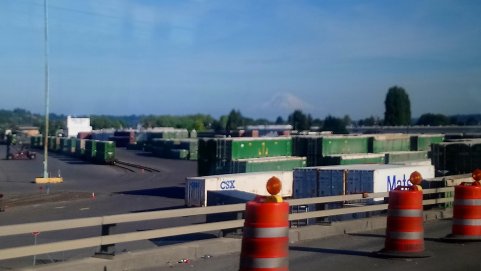 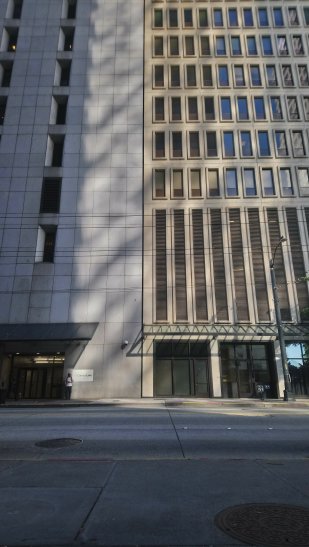 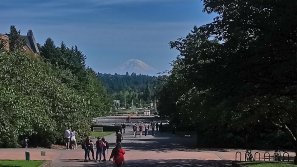